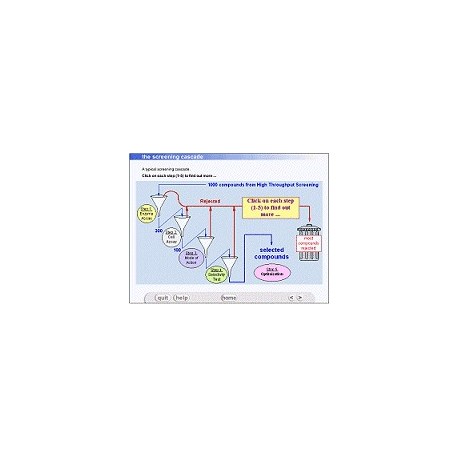 An interactive computer-based tutorial to introduce the principles of the drug discovery process.